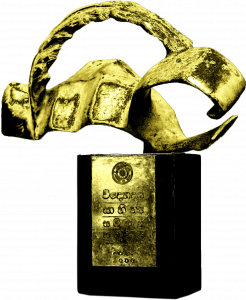 The Vidyodaya Literary Awards founded by the Department of Sinhala and Mass Communication of the Faculty of Humanities and Social Sciences of the University of Sri Jayewardenepura in 2000 was initially aimed at recognizing and appreciating the national level novelists, short story writers, lyricists and poets. The founder of the Vidyodaya Literary Awards Presentation was Emeritus Professor Sunil Ariyarathna who represented the members of the first judge panel together with late Professor Thissa Kariyawasam. Accordingly, the best novel, short story, song and poetry collections published in the year 1999 in Sri Lanka were awarded at the first Vidyodaya Literary Awards held in 2000. Later, column articles too were considered and evaluated for the awards in parallel to the 50th anniversary celebration of the University of Sri Jayewardenepura.