Career opportunities for IT graduates are extensive, given that computer usage is universal. Graduates are likely to find employment in government, commercial enterprises, industrial organisations, computer manufacturers, public utilities, local authorities, universities, or as private consultants.

From a Game developer to Manager of IT and Communications Services, there is a range of rewarding career options open for any tech-oriented graduate.

Software Engineers are the creative minds behind software programs, and they have the technical expertise to build those programs or to oversee their creation by a team. They create software that enables users to perform specific tasks on computer devices. Software Engineers can work in systems software or applications software such as those for mobile devices. They may even be Front-end engineers, Back-end engineers or Full stack engineers, but their duties are similar in many cases.

Front-end engineers specialize in the programming of visual user interfaces, including its aesthetics and layouts. They are responsible for an application’s user-facing code and the architecture of its immersive user experiences. They must be adept at front-end scripting languages as well as be familiar with such as Bootstrap, Angular or Vue.

Back-end specializes in the design, implementation, functional core logic, performance, and scalability of a piece of software or system running on machines that are remote from the end-user. Back-end engineers need to understand databases, as well as server programming languages and architecture. Database management is a prime aspect of back-end development. They work with programming languages such as Java, C, C++, Ruby, Perl, Python, Scala, Go, etc. along with a variety of different databases like MySQL, dBase, and Oracle. Further, they also require experience with frameworks such as Zend, Symfony, and CakePHP.

Full-stack engineers can work cross-functionally on the full “stack” of technology, i.e. both the front end and back end. For a true Full-stack, it means being able to engineer a full solution — and see where the separation of logic should lie. Not only must they be familiar with back-end and front-end technologies, they must also know how to apply them correctly.

A Software Engineer needs to address the entire software development lifecycle – to analyse the needs, and then design, test and develop software in order to meet those needs. Generally, their duties include:

DevOps engineers work with software engineers and IT staff to oversee code releases and deployments. Although DevOps engineers rarely code from scratch, they must understand the basics of software development languages and be familiar with the development tools used to create new code or update existing code. A DevOps engineer works with development staff to tackle the necessary coding and scripting to connect various application elements, such as APIs, libraries and software development kits, and integrate other components such as SQL data management or messaging tools that DevOps teams need to run the software release on operating systems and production infrastructure.

A business analyst translates business into IT. The most important responsibility of a BA is to elicit requirements and use those requirements to get IT onboard and understand what the client really wants. The role of a BA revolves around defining requirements and prioritizing them and getting feedback and approval on requirements. They prepare systems requirement specifications by eliciting and analysing both functional and non-functional requirements of a particular system.

IT project managers are responsible for planning, organizing, allocating resources for, budgeting and successfully executing organizations’ specific IT goals. They may work with a variety of teams within the organization. They generally work with software such as Jira, Microsoft Project and Trello for their daily activities.

UX designers are responsible for creating an optimal experience for the user when they interact with a digital or physical product. Their main concern is studying users, understanding their behaviour, and architecting a user journey that enables the user to achieve their desired tasks with minimal effort. Their duties vary from one company to another, but the general functions include:

UI designers are primarily concerned with how a user navigates through a digital product. User interaction design is considered a UX function, the roles of UI/UX are often used interchangeably. They determine how users interact with products and work closely with UX designers.

Database administrators set up databases according to a company’s needs and make sure they operate efficiently. They will also fine-tune, upgrade and test modifications to the databases as needed. They must be able to monitor a database system’s performance to determine when action is needed. Some of their responsibilities include:

Using data modelling, data analysis, and data visualization techniques, a business intelligence analyst unearths trends and patterns in data, enabling managers, executives, and departments to make intelligent business decisions. They are usually responsible for gathering business data through many different ways including gathering data through mining a company’s computer data, looking at competitor data and industry trends. They also interact and collaborate with all stakeholders, giving presentations on key performance metrics, and writing reports to share knowledge gained from data.

Cyber security analysts (also called information security analysts) plan and carry out security measures to protect a company’s computer networks and systems. They keep constant tabs on threats and monitor their organization’s networks for any breaches in security. This involves installing software and encryption, reporting breaches or weak spots, maintain the network to avoid malware, researching IT trends, educating the rest of the company on security—and even simulating security attacks to find potential vulnerabilities.

Game developers write code for games for a variety of formats, such as PCs, consoles, web browsers and mobile phones. They take a designer’s ideas, drawings and rules, and turn them into a playable game with visuals and sound through writing code. They typically involve in: 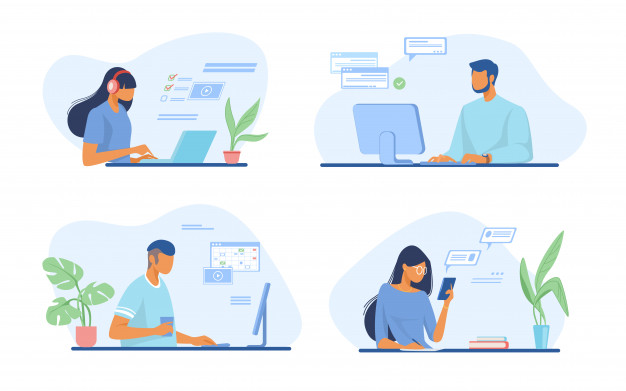