Sandeshavali Kavi Naluva, a theatrical performance produced by the Faculty of Humanities and Social Sciences, was staged concurrently to the 60th Anniversary Celebration of the University of Sri Jayewardenepura on 2nd April 2019 at Bandaranayaike Memorial International Conference Hall (BMICH).

The Sandeshawali Kawinaluwa has now been published on YouTube providing the opportunity to share this precious experience among a larger audience. 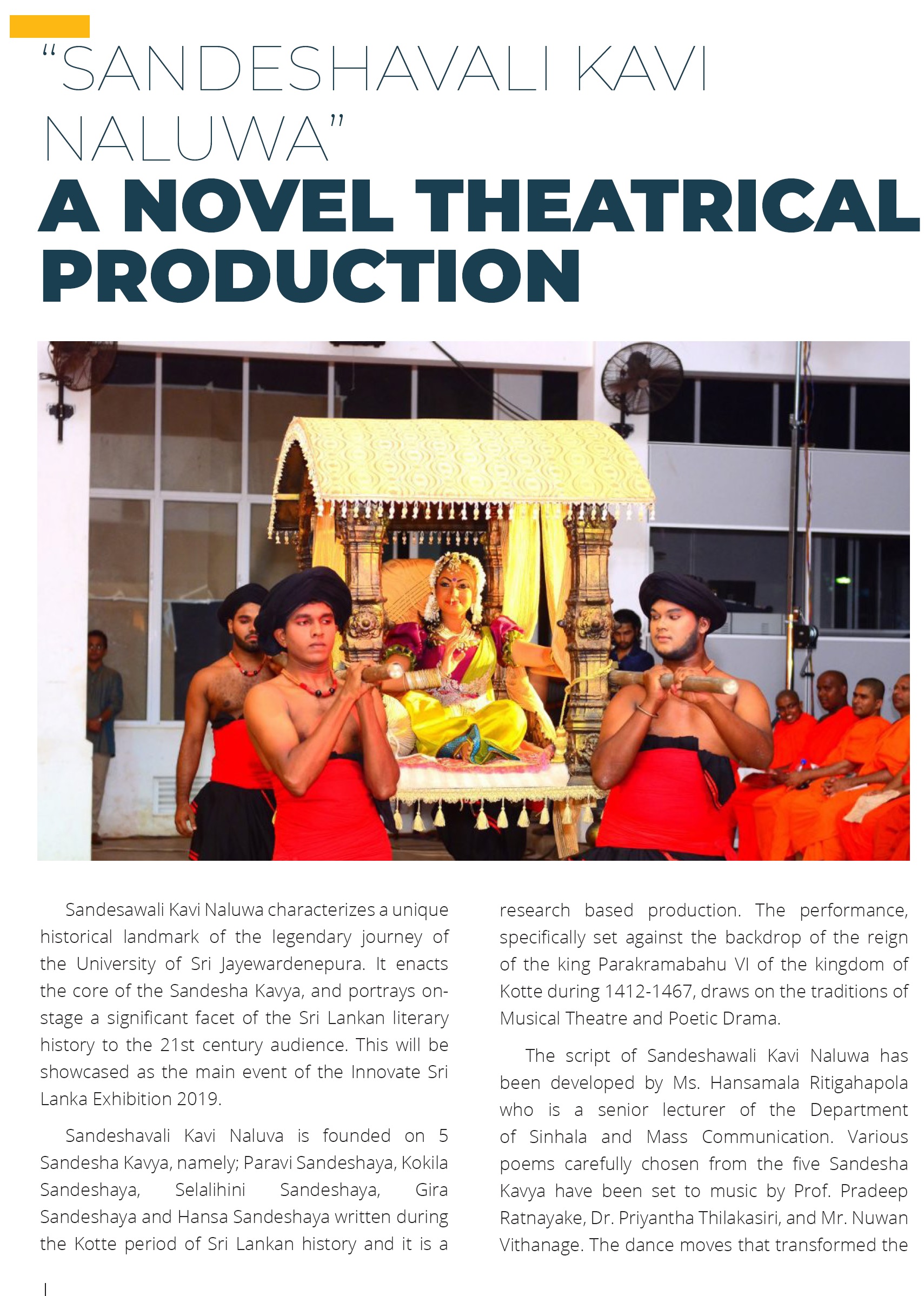 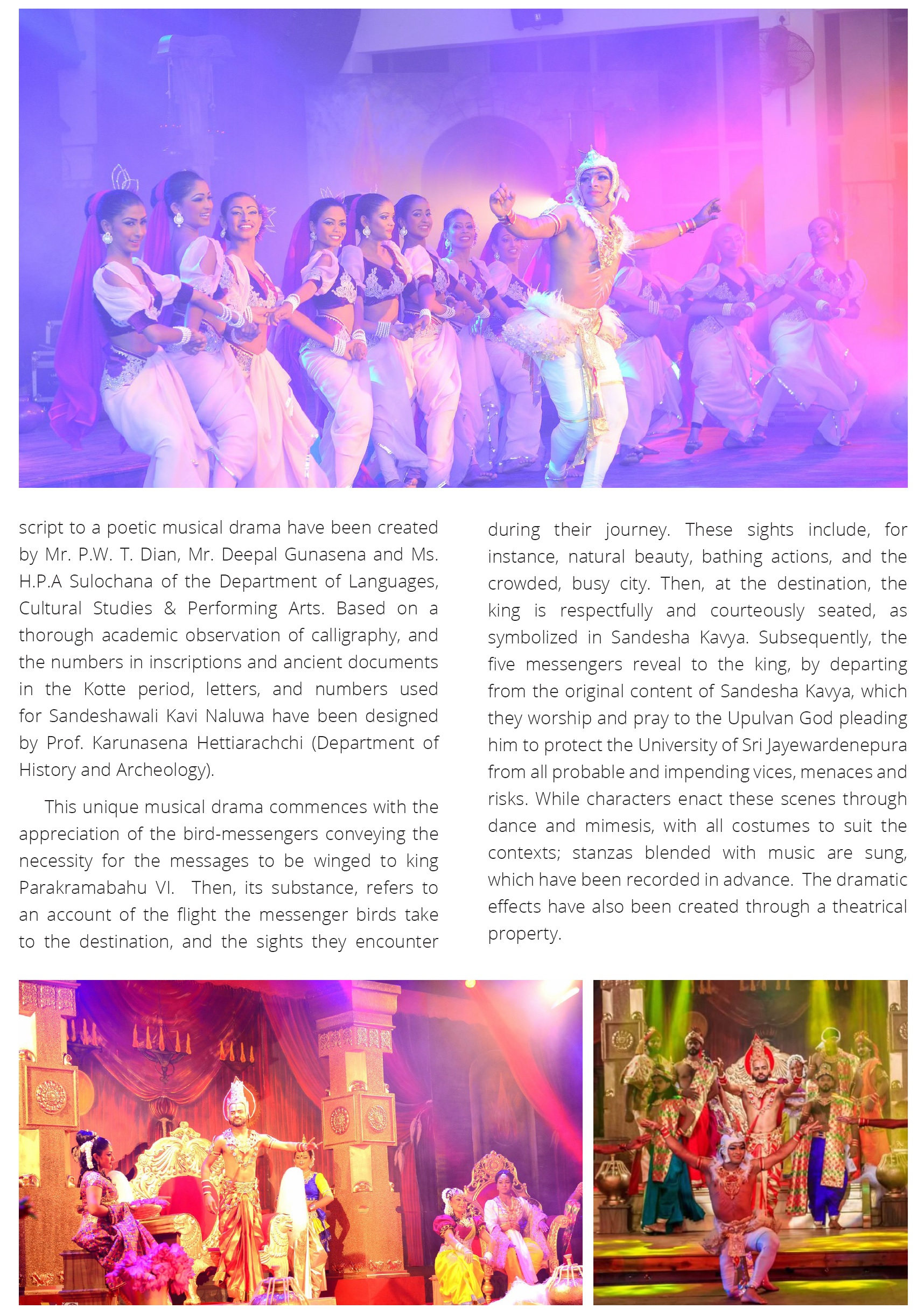