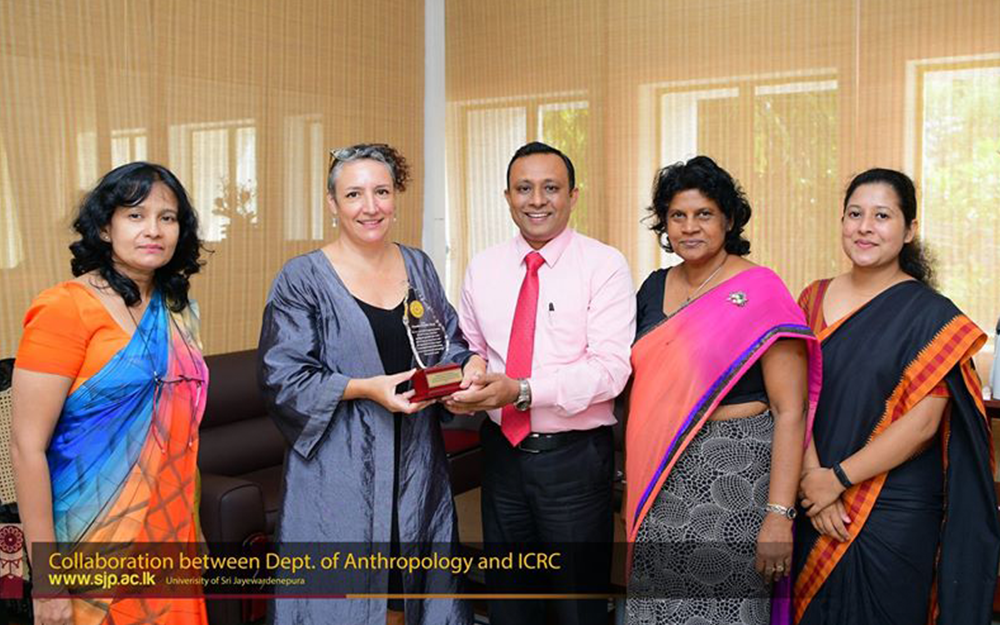 A meeting was held with the Dean of the Faculty of Humanities and Social Sciences, Dr. Claudia Elena Garrido Varas; Coordinator of the ICRC and representatives of the Department of Anthropology; Prof. Charmalie Nahallage,  Prof. Yasanjalie Jayathilake (Head of the Department), Dr. Tharaka Ananda on 16th December 2019 at the Faculty on the future academic collaborations between two institutes.

The International Committee of the Red Cross (ICRC) is a humanitarian institution based in Geneva, Switzerland, and a three-time Nobel Prize Laureate. State parties (signatories) to the Geneva Convention of 1949 and its Additional Protocols of 1977 (Protocol I, Protocol II) and 2005 have given the ICRC a mandate to protect victims of international and internal armed conflicts. Such victims include war wounded, prisoners, refugees, civilians, and other non-combatants. The ICRC is part of the International Red Cross and Red Crescent Movement along with the International Federation of Red Cross and Red Crescent Societies (IFRC) and 190 National Societies. It is the oldest and most honored organization within the movement and one of the most widely recognized organizations in the world, having won three Nobel Peace Prizes in 1917, 1944, and 1963.

ICRC has been supporting the Department of Anthropology by providing expert knowledge in forensic anthropological research, conducting guest lectures and donating books and research equipment since 2018 under the coordination of Dr. Claudia Elena Garrido Varasto and Prof. Charmalie Nahallage.

Intended collaborative programs for the future are the singing of an MOU between the two institutes, the introduction of a new postgraduate diploma course in forensic anthropology and facilitate student/academic training opportunities in the field of forensic anthropology.