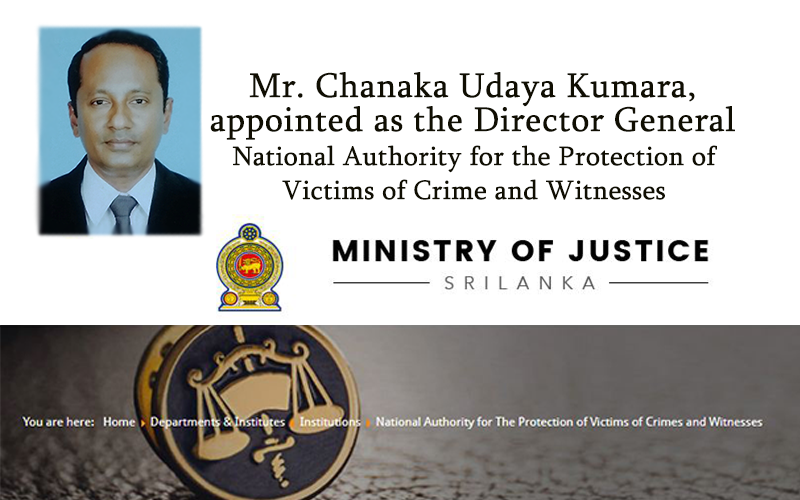 Mr. Chanaka Udaya Kumara, Senior Lecturer in Criminology in the Department of Criminology and Criminal Justice in the Faculty of Humanities and Social Sciences, of the University of Sri Jayewardenepura, has been appointed as the Director General, National Authority for the Protection of Victims of Crime and Witnesses, in the Ministry of Justice from 1st August 2017.

Mr. Chanaka Udaya Kumara also serves as the Proctor of the University and was the former Director/Student Welfare of the University. While his service at the University he contributed to the national developments as well. He was a member of the Prison Reformed Commission Committee Appointed by the Hon. Minister Prison Reform, Rehabilitation Resettlement and Hindu Religious Affairs to make recommendations to reform the prison system in Sri Lanka and Member of the Board of Management in the National Authority for the Protection of Victims of Crime and Witnesses appointed by His Excellency President of Sri Lanka from 1st of June 2016. Also he is a member of the Governing Council, National Institute of Social Development, Ministry of Social services, Welfare and Live stock Development, Study Board; National Police Academy, Department of Police and in the Committee appointed by the Hon. Minister of Justice to make recommendations to His Excellency the President for the commutation of death sentence in to life imprisonment, Ministry of Justice.