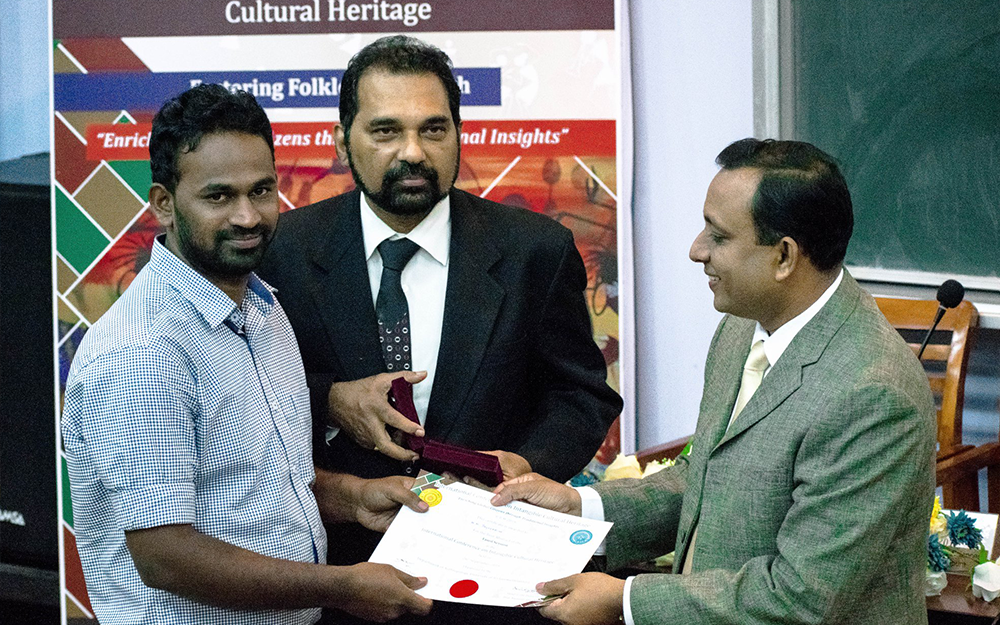 The International Conference on Intangible Cultural Heritage (ICICH 2019) organized by the Department of Anthropology of the Faculty of Humanities and Social Sciences, USJP was held with much grandeur at the National Institute of Education on 26th September 2019 under the theme “Enriching Global Citizens through Traditional Insights”.

This is one of the first conferences held by a Sri Lankan University under the field Anthropology and focusing mainly on the Intangible Cultural Heritage of Sri Lanka. A special session was allocated for the presenters in Tamil medium with Tamil abstracts, where many scholars from Jaffna and Eastern University presented papers in Tamil medium on Tamil customs and rituals in Sri Lanka.

250 papers including 20 posters were presented in all three languages in six parallel sessions. The organizers connected to Anthropological background gave prominence to respect and regard the unique cultures of the country and for the first time a conference was conducted in all three languages; Sinhala, Tamil and English respectively. Best research abstracts representing each of the tracks were awarded gold medals and certificates.

Researchers from more than 15 state Universities, Institutes, and Departments of the Country, as well as foreign universities, participated in the conference which opened the platform to share their research findings in the fields of intangible cultural heritage.