The University of Sri Jayawardenepura wishes to express its deepest sympathy in regard to the demise of Prof. Dhammika Ganganath Dissanayake Former Head of the Department of Sinhala and Mass communication of the Faculty of Humanities and Social Sciences.

In 1982 Prof. Dissanayake obtained Bachelor of Arts (First Class) Degree on Japanese Studies from the Universitry of Sri Jayewardenepura. After completing a Master’s Degree in Mass Communications in Tsukuba University, Japan in 1990, he obtained his PhD Degree in 1993 from Tokai University, Japan.

On 19th September, 2015, he assumed duties as the Ambassador Extra-Ordinary and Plenipotentiary for Sri Lanka to Japan.

He has authored a number publications including in the area of mass communication, contemporary Sinhala cinema and political communication as well as the popular publication series “Pani Walalu”.

He was conferred the Hidoyoshi Mimisu Award in 1999 by Japan taking into account his outstanding services for Mass Media Studies. He was also granted Honorary Awards from University of Hakuo, Japan in 1989, 1998 and 1990. He was awarded the Mathshumaye Cultural Award of University of Tokai of Japan in 1993.

His remains lie at his house –  Maththegoda, Sambhuddhiwaththa. The funeral will take place on 13th August 2020. 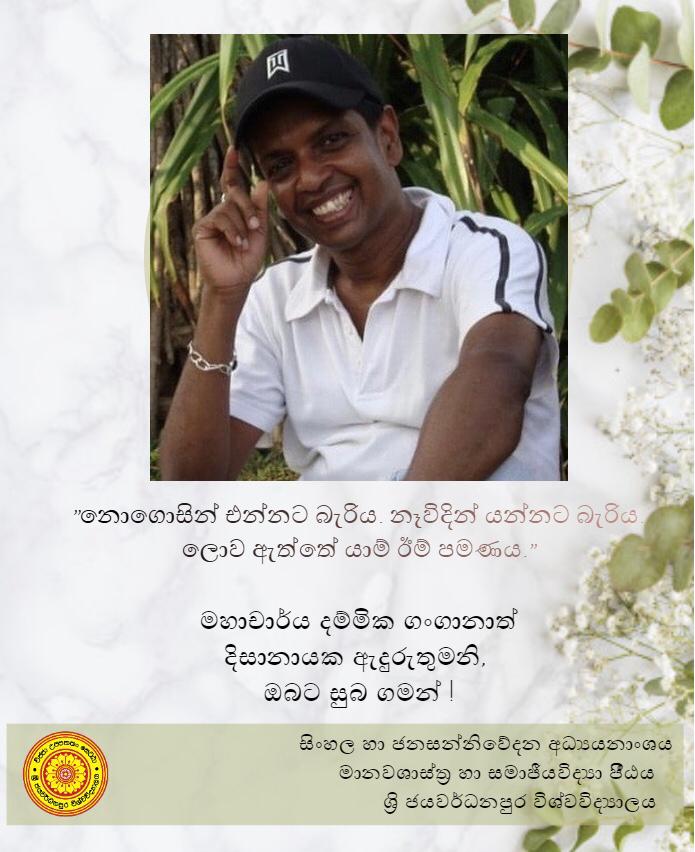